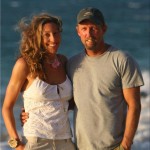 We're not around right now. But you can send us an email and we'll get back to you, asap.

©2020 KLEO Template a premium and multipurpose theme from Seventh Queen